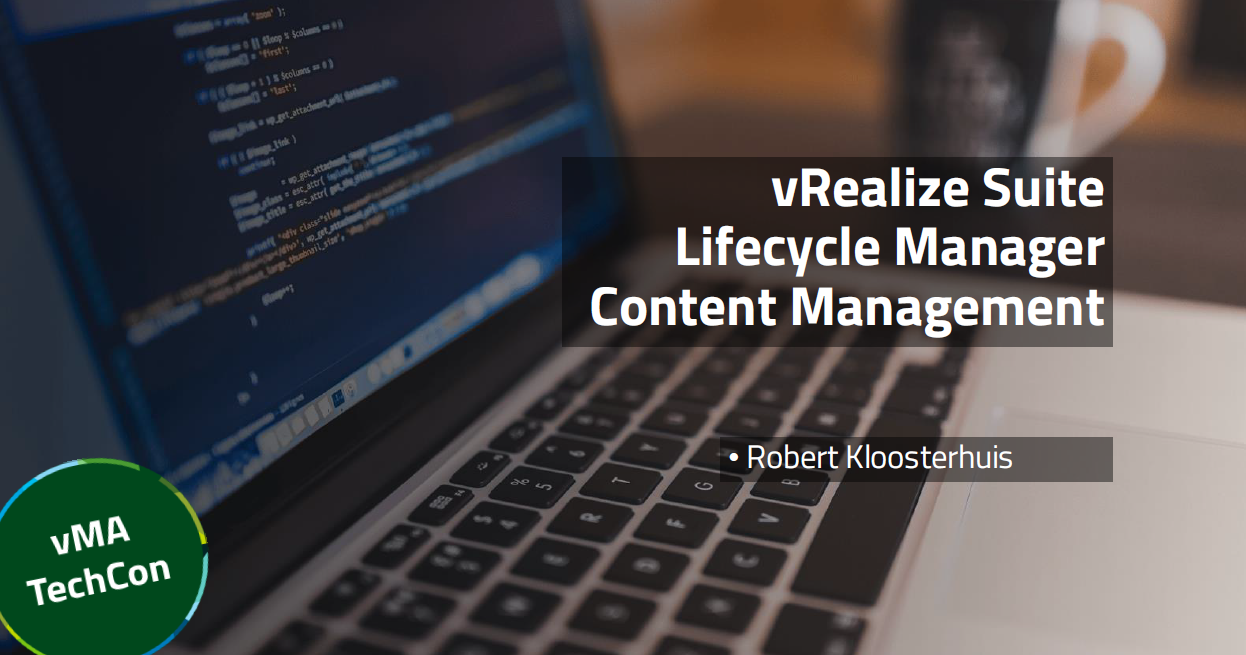 Speaking at the #vMATechcon on the #vRSLCM

For the last 2 years I have been in the organizing committee for the vNSTechcon (Networking and Security). This is a community driven day of sessions that focusses on all networking and security content around the VMware ecosystem.

Our sister event is the vMATechcon, which is all about Management and Automation. While each event is organised by a slightly separate group of people, there is some overlap, and VMware helps out a great deal around organizing the logistics.

For this year, we decided to run our events together on the same day on the first of October and in the same location, so we created in effect a mini conference with 2 parallel tracks, but with shared keynotes and food.

During the planning we had no shortage of content / speakers for the vNS track, but the vMA side needed some more content to pull the day together, so I decided to jump the fence this year and speak on an Automation and Management subject, instead of Networking and Security. (last year I spoke about NSX Microsegmentation)

This year I repeated a longer version of one of my two talks of the NLVMUG, about the vRealize Suite Lifecycle Manager, which is becoming an increasingly important part of the vRealize suite, which I have blogged about before here.

The day was a great success, we had very good attendance for both tracks. I also felt on the vMA side especially we had a very nice flow of topics with a little bit of overlap that tied the subjects together.

The slides of my session can be found here. Photos of the event are here.